Also browse our directory for links to other cool stuff, mainly sharpeners, but also funny things, and pictures, and videos, often relevant to each state.

This is Garnet, your shear sharpener.

Today is a great opportunity to get all your shears in working order, even the ones you don't use all the time.

Yes, I do thinning shears, curved shears, texturizing shears, grooming shears, razor-back shears, thumb swivel shears, Filipino shears, ancient Double Duck shears, German shears such as Fromm and Solingen and Aris Eckert, antique shears from Economy in Los Angeles, and long barbering Cadillac shears from Detroit, and all the latest modern Japanese styling shears such as Musashi, Nic, Hikari, Kamisori, Hatori Hanzo, Sharkfin, Eclipse, Kai, Paul Mitchell, Kashi, Rocket Dog, Centrix, Cricket, and many more. (Trademarked names are the property of their owners, and are mentioned here only as a representative sample of the brands of shears that I sharpen every month.)

Stylists regularly trust me with their shears that cost $1,000 and more. You can trust me to restore your shear to factory specifications.

In fact, I have often fixed brand new shears, right out of the box, that were not cutting right. One of my stylist had a brand new pair of crickets that when she gave two haircuts, they gave her two blisters! I made that pair of crickets perfect for Karen, and she has used my sharpening ever since. She gave me a video testimonial about how she had given those brand new shears up for dead, but I made them live. She likes a sharp shear! You will like how I make your shears sharp, too!

One of my barbers brought brand new shears for over $400, and when I tested them, they were dull!  When I met Andy, he had a very dull, very inexpensive shear, and he had the beginnings of carpal tunnel issues he had pain going up his arm. I had told him that if he did not want his carpal tunnel pain to get worse, he a) needed to have me come and regularly sharpen his shears, and b) he really needed to replace his "Sally" shears, c) he needed to seriously consider buying one of my double axis thumb swivel shears. He wasnt ready to buy new shears from me, especially after I made his "Sally" shear perfect again...

But before I came back to visit Andy in 3 months, he had bought another shear from a sales rep who came to his shop, and had loaned him the shear on a two week try out. He liked the shear, and bought it. So when I came in, I was happy to see Andy had retired his "Sally" shear. But it was not nice to see his brand new shear, only two weeks old, was dull as could be. He was upset at me!  I never will forget how he said to me, "How come I need to pay you $40 to sharpen a shear I just paid $400 for???"  That sales person should have sold him a sharp shear to start with. I told him a) that's why you should buy your next shear from me, I don't let my stylists receive a brand new shear that is dull, and b) I don't understand how other companies can let this happen. He let me sharpen it for him, and I now visit him regularly to make sure his shear stays sharp. And Andy's pain issues have gone away. If you have any pain issues when cutting, you can not afford the risk of cutting with dull shears!  You need me to be fanatical about visiting you regularly, and making sure you have perfectly sharp shears at all times! .

I dont know how some companies can deliver to you brand new shears that are dull, but sometimes they do. That's why I test every shear I sell at the moment I deliver it to my stylist. You are too busy to start off on a dull foot with a brand new shear!

This is why i always tell my stylists, it is much better to deal directly with a shear sharpener you can trust.  This is better than relying on the factory mail in sharpeners. You never know who might be working that day when they receive your precious shears. What if the apprentice is in, and the master sharpener had to take a day off? I have seen shears, of a major brand name, that had been sharpened half way up into the logos on the blade, by their factory sharpening. Talk about a bad shear day!

I dont like to say anything bad, but honesty between me and my stylists is important. Over and over thru the years, I have found many of the send your shears away to a factory, or a sales rep who gives you loaners and then takes your shears away on a vacation to visit some sharpener (btw, you are the one who should be going on the vacations, not your shears), sharpenings don't always result in the best sharpening for your shears.

Know your sharpener!  Otherwise the sharpening you get could end up being a like a "box of chocolates", you never know what you are going to get.

I am the sharpener who will fix most of the sharpenings that others didn't do right.  The one thing I cant do is add metal back to your shear. Thats why you have to be careful who you choose, many other sharpeners use systems that are not gentle. I chose the most expensive sharpening system on the market, not because of it's price, but because I wanted a system famous for gentleness and repeatability.

At one salon, after I sharpened every stylist's main shear perfectly, three stylists decided to give me a challenge. They each had a shear that had not been done right, more than once, or had been told couldn't be done anymore, or had some other problem. I made all three of those "problem" shears perfect again.

You will find that I am a fanatic for quality control when it comes to your sharpening. That's why every sharpening I do comes out great. I understand how important your shears are. I will earn your next sharpening job, not because of my brand name, but because I did a good job today, you will want me to do that again for you in a few months.  I have a machine, and a 40 step sharpening process, that is very repeatable. One of my barbers told me about other sharpeners who do one or two sharpenings right, then do a bad sharpening. I was horrified! He refused to give me a testimonial until I had sharpened his shears correctly three more times in a row. On that third following sharpening, I earned his testimonial!  I have used Manny's picture and testimonial in my brochure's for many years.

I can sharpen at your salon, or I can sharpen socially distanced at your home. Whatever is most convenient for you. I finish your sharpening on the spot, I do not take your shears on vacation to bring them back later. I do your sharpening on the spot, often in 15 minutes or less. But even if your shear has problems, I will spend the extra time to make it perfect, at no extra charge.

Thanks for taking the time to let me brag a little on what makes my sharpening the best Bay Area sharpening. But the best way is to have me come and sharpen for you. If you want to be cautious, and i love clients who are cautious about their shears, they are my most loyal customers, please let me do your backup shear first. When you see how perfect i make your backup shear, you will want my sharpening for your main shear too.

This Sharpening Special Is a Limited Time Offer

Call or text me now at +1(415)779-6075 and reserve your sharpening appointment today!
Don't miss this great deal. When this offer is over, my prices will go back to their regular rate.

Highlight of the Day

Shape your future with an amazing discount on an Authenticated Signed Original by Salvador Dali worth $25,000

That’s right, I am bringing a very special, one of kind deal to my stylists. I found an Authenticated Signed Original by Salvador Dali that you can aquire, because you know me, at the bargain basement price of $9,997! That’s a $15,003 discount over the regular price of $25,000. Because I found someone for you who needs to raise cash swiftly to pay for his new laptop and his tuition, you could save a grand total of $15,003! But you better move fast.. 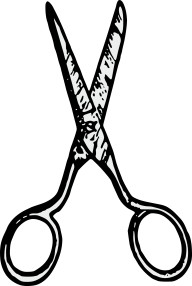 "Who Sharpens Your Shears"™ is a trademark of Garnet R. Chaney's proprietary best San Francisco beauty and grooming shear sharpening. All Rights Reserved.

I highly recommend thia book by Napoleon Hill:
Grow Rich!: With Peace of Mind - How to Earn all the Money You Need and Enrich Every Part of Your Life